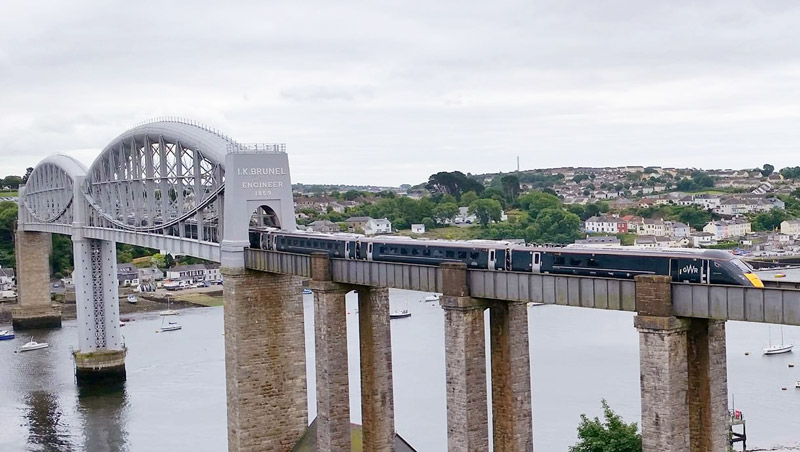 To celebrate the 161st anniversary of one of the great engineering triumphs of its day, here are our top five facts about Brunel’s Royal Albert Bridge. Photo: Luke Farley, GWR

1. The bridge towers 100 feet above the River Tamar, and is more than 2,000 feet long. Its design is influenced by the large wrought iron bridges by Robert Stephenson from the preceding decade.

2. Despite its scale and complexity, the bridge took just five years to build, with construction starting in 1854. In 1857 an incredible 20,000 spectators came out to watch as the first truss was floated out into the centre of the river supported by two barges.

3. The bridge was opened by Prince Albert on 2 May 1859 to great fanfare, but its designer and engineer Isambard Kingdom Brunel was too ill to attend the ceremony. His chief assistant Robert Brereton attended in his place.

4. Brunel died later that year, and his name was inscribed on the portals at both ends of the bridge as a memorial.

5. The bridge was Grade 1 listed in 1952 and over the years has featured in paintings, postcards, stamps and even on the £2 coin. 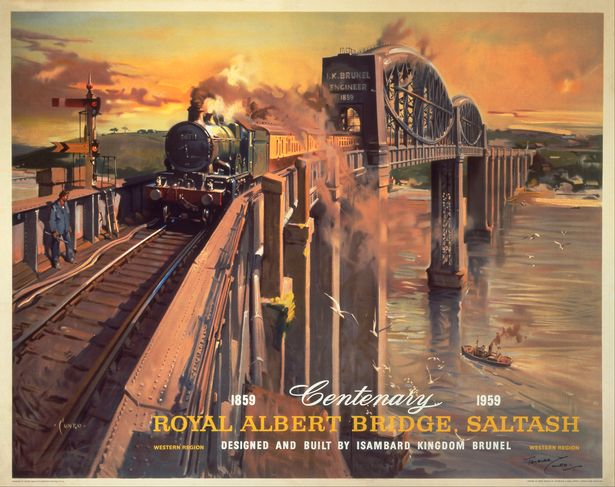 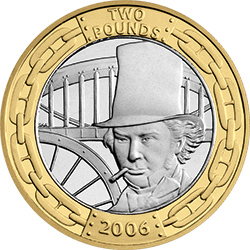