Take your teddy on the train
8th February, 2017

Take your teddy on the train 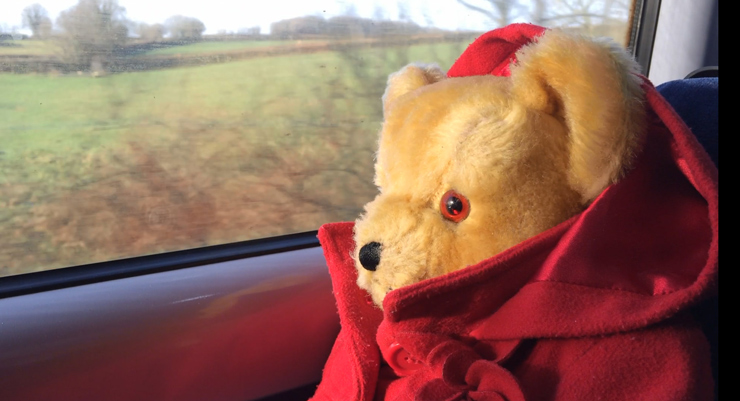 Families in Par, Newquay and the villages along the Atlantic Coast Line, which links the two, are being encouraged to take a journey by train with their teddies this half term.

Between Sunday 12th and Sunday 19th February 2017, any accompanied child (5 – 15 years) who brings a teddy on the Atlantic Coast Line will travel free of charge, courtesy of Great Western Railway.

“With plenty of half-term activities and events for families in Newquay – including at the Blue Reef Aquarium and Newquay Zoo – plus walks to the Eden Project from Luxulyan station (download directions) or just the chance to enjoy a trip on the train, this promotion is a great way to get out and about this half term.”

Rules of the offer:

GWR Regional Development Manager Dan Okey said:
“Can’t bear being stuck in traffic, or indoors, this half term? Let the train take the strain and avoid fur evasion with free children’s travel when accompanied by a teddy or a cuddly toy.” 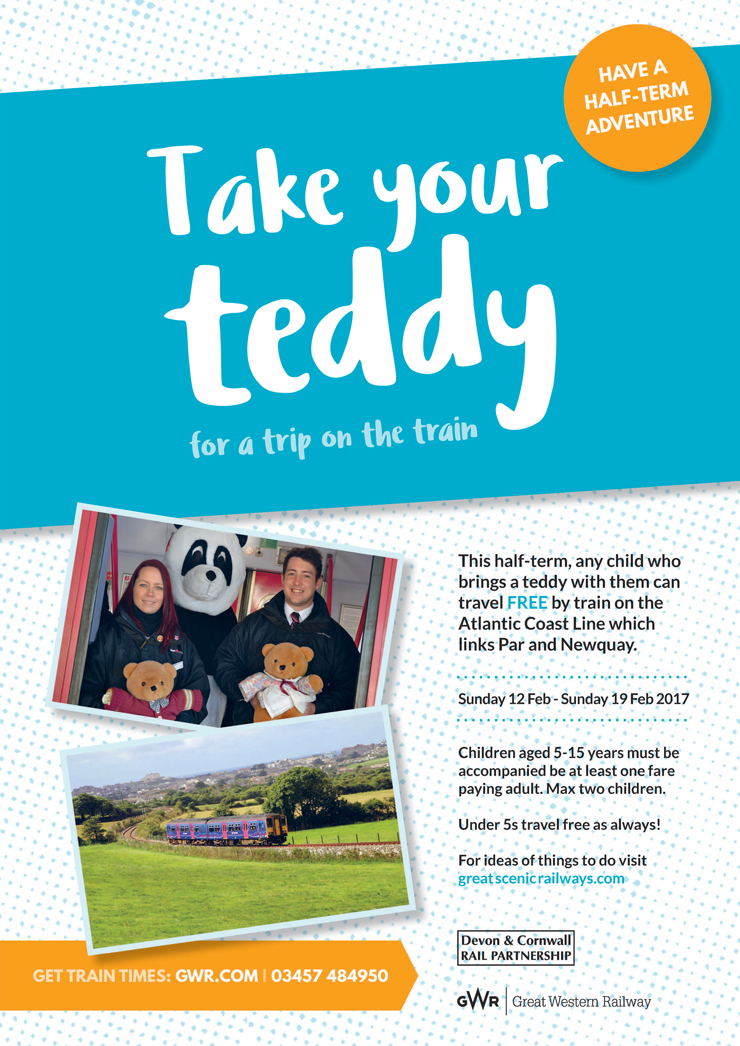 The adult Off Peak Day Return ticket from Par to Newquay is £4.90. Groups of 3 to 9 adults travelling together can get a third off using a GroupSave ticket.

Information about train times and fares is available from National Rail Enquiries on 03457 48 49 50 or by visiting www.gwr.com.

The Devon and Cornwall Rail Partnership works to promote seven rural branch lines in the two counties, including the Atlantic Coast Line, and is a non-profit partnership between local authorities, including Cornwall Council, Plymouth University and the rail industry.