Gunnislake and Calstock rail users to be asked for views on Tavistock options
15th February, 2016 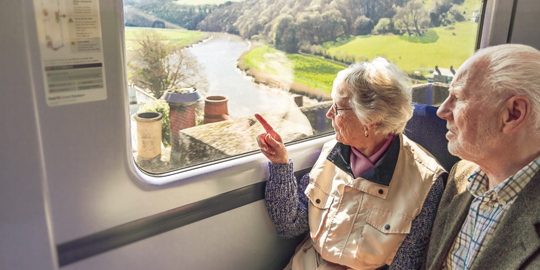 Gunnislake and Calstock rail users are being asked their views on the preferred option for their future train service when Tavistock rejoins the rail network.

The survey is being carried out by the Devon and Cornwall Rail Partnership on behalf of Cornwall Council. Later this week and early next, surveyors will be travelling on trains handing out survey forms to passengers between Gunnislake and Bere Alston.

The survey is also available online.

Users are being asked which of the two most practicable options for their future train service they would prefer.

The options can be summarised as:

Retaining direct trains would mean that there would be a Gunnislake section on every other Plymouth – Tavistock train. This would mean a train at Calstock and Gunnislake every two and a half hours or so, a bit less than now.

Because the line from St Budeaux to Tavistock will be a single track one, so there won’t be the ability for trains to pass one another, Plymouth – Tavistock trains would run every 75 minutes or so.
With a change at Bere Alston, there would be more trains between Bere Alston and Gunnislake, up from nine a day today to around fifteen a day. Trains would be timed to make very good connections into Plymouth trains in the morning and from Plymouth trains in the afternoon and evening.

“No timetable decisions have been made yet for when Tavistock rejoins the rail network. Finding out the views of Gunnislake and Calstock rail users about the option they would prefer for their future train service is an important part of the planning process.”