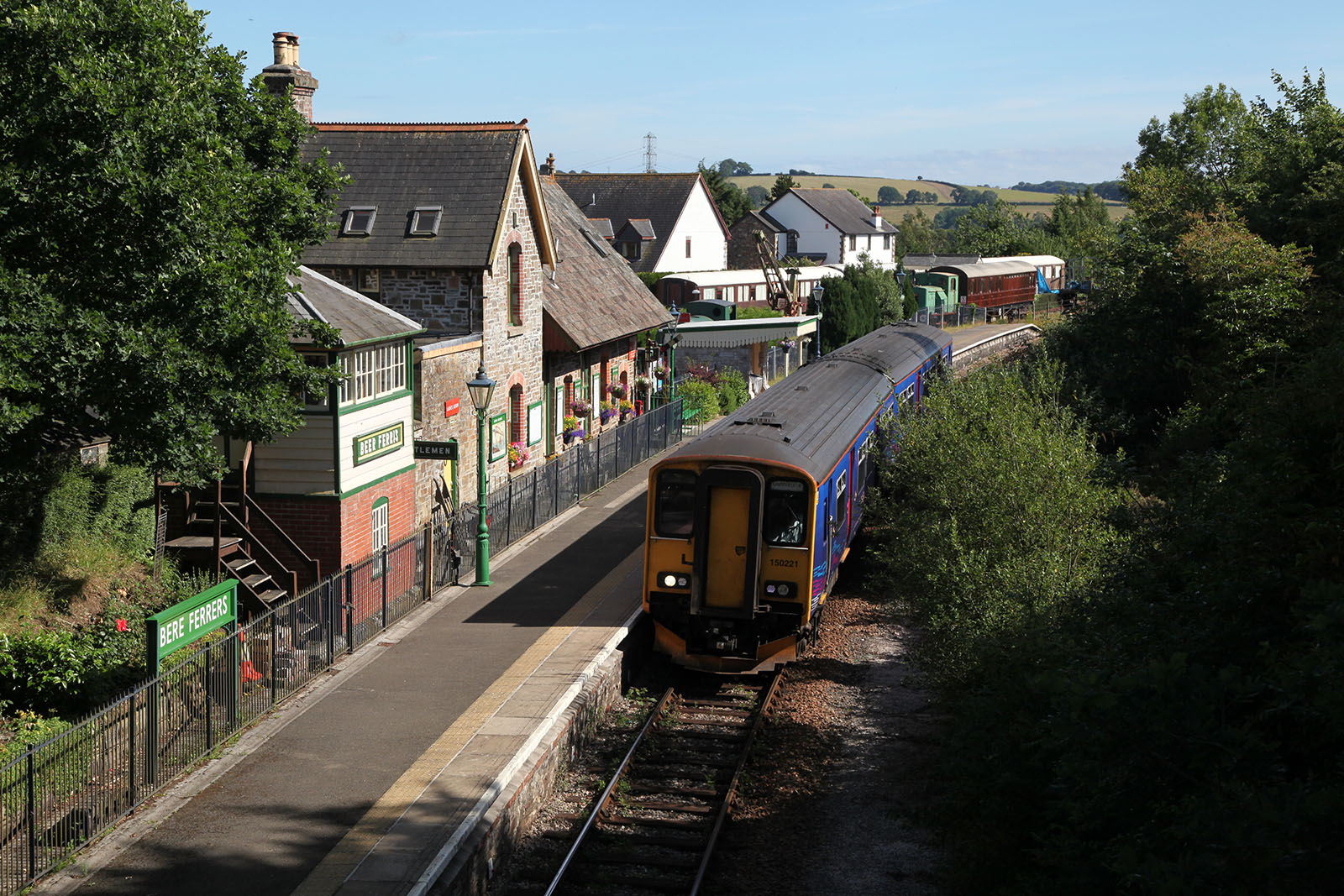 The 125th anniversary of the opening of Bere Ferrers and Bere Alston stations and the opening of the Plymouth to Tavistock and Lydford railway will be marked with a number of local celebrations.

A commemorative dinner, historical exhibition, an illustrated talk and an open day at the Tamar Belle Heritage Centre, Bere Ferrers station, will lead up to plaque unveilings at Plymouth and Bere Alston stations on Tuesday 2 June, the anniversary itself.   Children from Bere Alston Primary School will travel to Plymouth that morning and read poems at the unveiling in Bere Alston.

The line between Plymouth, Bere Alston, Tavistock and Lydford was opened by the Plymouth, Devonport and South Western Junction Railway in late May 1890 to provide a new fast route for London & South Western Railway express trains from London Waterloo.

North of Bere Alston, the line closed on 6 May 1968 though plans are well advanced to reopen the section to Tavistock which is scheduled to happen in 2020/21.

South of Bere Alston, the line is now part of the Tamar Valley Line.  The route between St Budeaux and Plymouth, which had two major viaducts, two tunnels and two stations, closed in1964 and trains ever since have used what was the Great Western Railway’s Cornish mainline.

The Bere Peninsula stations opened as Beer Alston and Beer Ferris before being renamed in 1897.

The programme of events has been put together by a committee of local people chaired by Brian Lamb,  Past Chairman of Bere Ferrers Parish Council, working closely with the Devon & Cornwall Rail Partnership, the non-profit body which works to promote the Tamar Valley Line and other rural railways in the two counties.

Brian Lamb said “This celebration will give people, young and old, the opportunity of finding out many interesting facts about this line, which carries an increasing number of passengers, through the Tamar Valley, an Area of Outstanding Natural Beauty.  The event locations and timetable allow visitors from outside the valley to use the local train service to and from this remote area.”

Partnership Manager Richard Burningham said “My thanks to Brian Lamb, Bev Slaughter and the local people who have put together a great programme of events to celebrate 125 years of trains at Bere Ferrers and Bere Alston.  The Tamar Valley Line has done very well in recent years, with more trains and more passengers.   By the time the 150th anniversary is celebrated, Tavistock will have long been back on the railway too.”

Commemorative ‘On-Train’ Dinner at the Tamar Belle Railway Heritage Centre, Bere Ferrers. Three-course Dinner with wine. Details and bookings to Chris Grove, tel.07813 360066 by Wednesday 27 May. Musicians will be playing songs with a railway theme before dinner.

‘History of Rail, River and Road in the Bere Peninsula’, an illustrated talk by Clive Charlton, Chair of the Tamar Valley Line working group, at the BFS Club, Bere Ferrers. Clive will focus mainly on the coming of the railways to the Bere Peninsula (and developments thereafter) including the LSWR’s strategy for gaining their own main line into Plymouth, as well the Callington branch from Bere Alston and more.

7pm A Supper will precede the talk by Clive. (Highly recommended – though not compulsory!)  Menu: Choice of Chicken Curry, Vegetable Curry, or Chili Con Carne, with rice or jacket potato: £5 per head. Choice of three desserts: £3 each. Bookings must be made for these popular monthly meals by Monday 25 May to Margaret Ball, tel 01822 840534

The coming of the Plymouth Devonport & South Western Junction Railway

Plymouth Railway Station 12.30pm.  Unveiling of Commemorative Plaque in the presence of children from Bere Alston Primary School and other guests.

Bere Alston Railway Station 1.35pm. Unveiling of Commemorative Plaque by the Mayor of West Devon Borough Council, with rail poems by children from Bere Alston Primary School and other guests. Music will be provided by the Summerhouse Strummers.