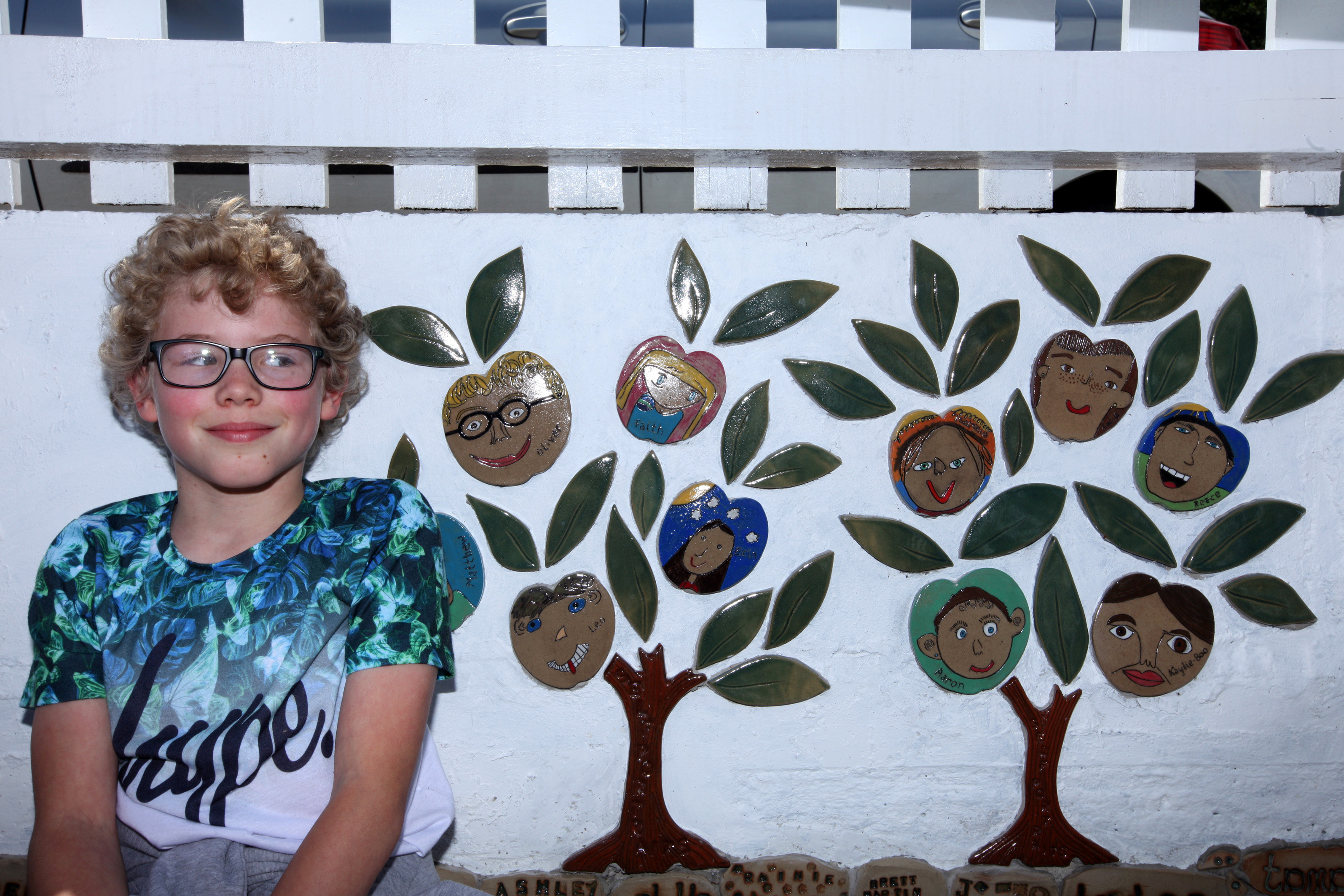 A series of new decorative tiles adorning the walls of Gunnislake station were unveiled in a special event on Thursday 6th June.

The artwork tiles have been commissioned by the Devon and Cornwall Rail Partnership and the date coincides with the 25th anniversary of the station opening on its present site in 1994.  The original station, which opened to passengers in 1908, closed to allow the low road bridge over A390 to be removed.

Potter, Rosie Fierek, from Albaston, has led the project and the tiles have been designed to look like fruit bushes with each one depicting various aspects of Tamar Valley life including mining heritage, market gardening and local wildlife.

Every single pupil from both Delaware and Gunnislake primary school has made a tile for the station and a public drop in session was also held.

Rosie Fierek said “I was inspired to choose the theme of fruit bushes because the Tamar Valley Line was traditionally used to transport our local produce, particularly fruit, to the main line and around Britain. The word tiles represent the soil and are made of up words which members of the community thought represented life in the valley.”

Rebecca Catterall, from the Devon and Cornwall Rail Partnership said “The new artwork is a complete transformation from what was there before and alongside the great work local volunteers have done to the planters, Gunnislake station is looking absolutely fantastic.”

“I am incredibly grateful to all those involved in this project, helping to brighten this highly valued station.”

School children from Delaware school, volunteers from the Friends of Gunnislake Station and local representatives unveiled  the tiles at the station and musical entertainment was provided by Calstock Rubber Band.

Invitees enjoyed afternoon tea at the Tamar Valley Centre afterwards where there was also an exhibition of old railway photographs and a film showing archive footage of the line.

The exhibition will be running in the centre until 13th June 2019.