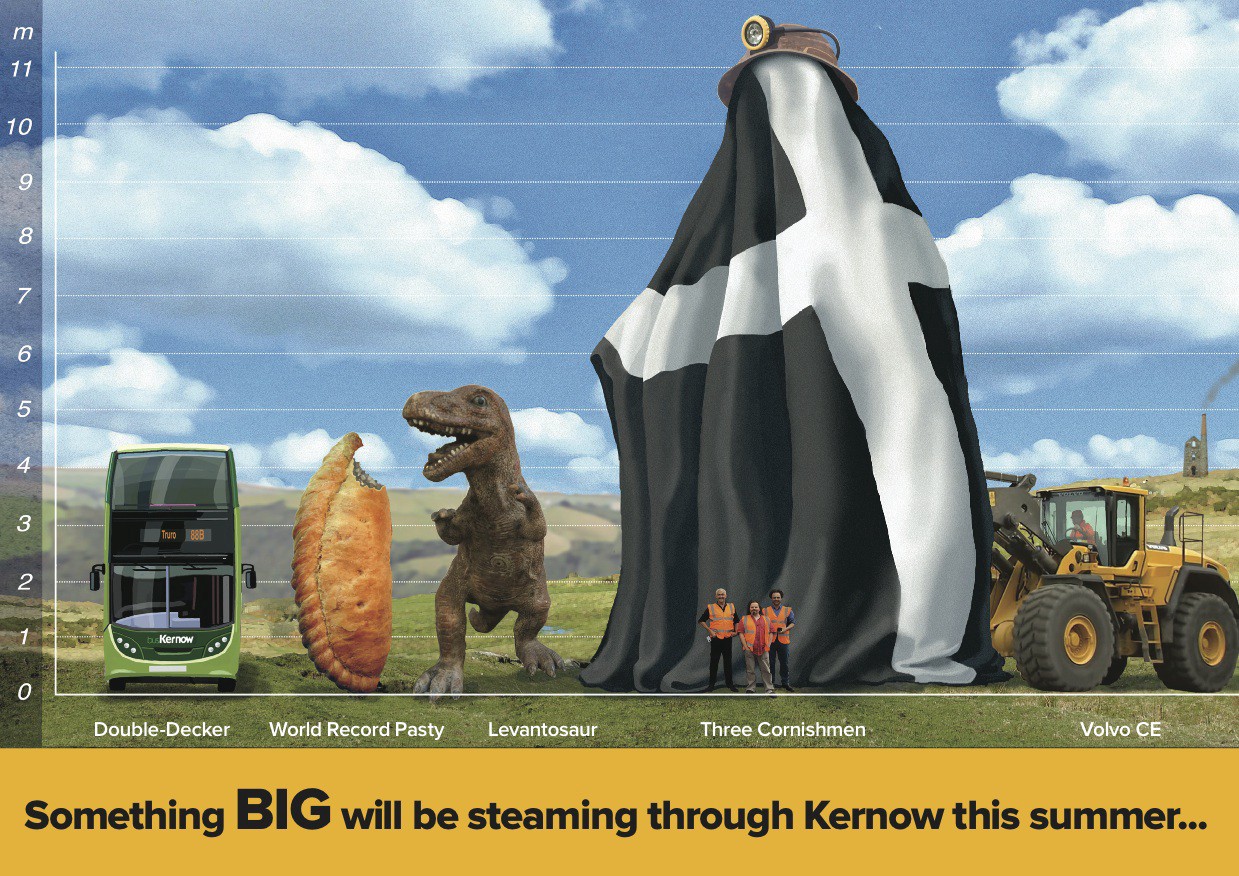 The Man Engine – a giant mechanical puppet, taller than two double decker buses – will be visiting Liskeard on Tuesday 26th July. Hop on the Looe Valley Line to go and see it. 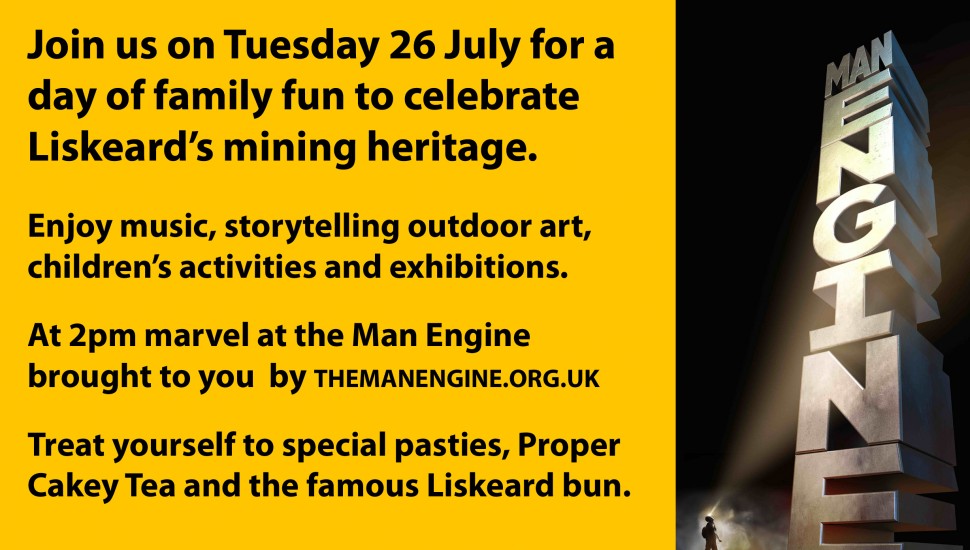 There will be a variety of events in and around The Parade in Liskeard from 11am until 4pm. Local musicians including Geoff Lakeman and Jim Causley; Cornish music and dancing; story telling and the chance to put yourself in the picture with Beano artist Nick Brennan will be some of the things keeping people entertained until the Man Engine himself transforms from 2pm.

Find out more about the Man Engine’s visit to Liskeard or read about its epic tour of Cornwall.

“It’s the largest mechanical puppet ever to be built in Britain: a colossal metal Cornish Miner, part man, part machine”